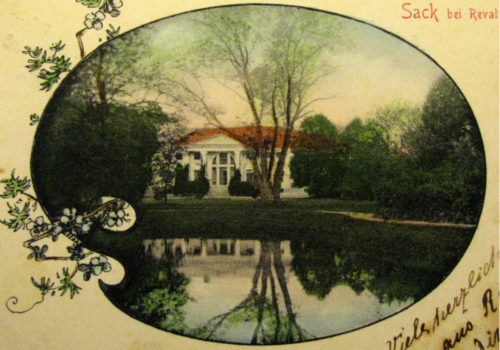 The oldest document that mentions Saku Manor dates back to 1489, when the heart of the manor was still in Kajamaa. Hans Friese (Vriese) gifted Saku Manor to his cousin Jürgen Museke (Jürgen Mysseke).

After that and until the early years of the sixteenth century, the owners of Saku were the Tödwens. It is believed that the original Saku Manor was located in the village of Tõdva. In 1438, the village of Tõdva is ruled by Tödwen, son of Hermann Helmold. In 1470, it was ruled by Herman Diedr’s son Tödwen and his brother.